An overview of September and October 2017 for me.

“It’s the dream of most Windows users to use iMessage on their PC.”

In 1995, I would sit at my mom’s desktop computer, reading Star Trek forums on AOL. I was PProteus47. “Everyone knows it’s dangerous to use your real name online,” I remember telling people.

Today, I don’t use AOL or AOL Instant Messenger. It’s a proprietary chat network! Plus it’s going away.

I realized that AIM isn’t the USA’s most successful proprietary chat network. I think the title goes to Apple iMessage.

Anyway, in hindsight, I see that I wasn’t the world’s best advocate for open chat networks. I think that title goes to Adrienne Moore. In 2014, she sued Apple for taking her texts hostage when she switched to a Samsung phone. She aimed to sue on behalf of all of us who have suffered under the regime of proprietary instant messaging. Sadly, one year later, a judge ruled that her lawsuit could not proceed as class action, and I guess she dropped it because I can’t find any news after that. Anyway, that’s a lot more than I ever did.

Is this the security apocalypse?

I read about the hacking of credit rating firm Equifax. It seems that everyone with a credit score had their data siphoned off Equifax’s computers.

If this is the security apocalypse I’ve been waiting for, Congress and the private sector will figure out how to phase-out the use of SSNs as an authentication factor. They’ll figure it out because SSNs will just fundamentally stop working; most citizens will have about eight credit cards in their name, I mean eight each month, created by strangers, so a new system will have to evolve.

In some ways, I’m pretty optimistic when it comes to this stuff. During my freshman year of college, I found the SSNs for everyone in my class at Hopkins. I had literally found boxes of print-outs lying around that belonged to the Housing Operations office that everyone’s date of birth, social security number, and name, and student ID number. I took one of the print-outs back to my dorm room. My friend Tristan showed it to the JHU ACLU, who then showed it to the Hopkins administration, who then vowed to stop using SSNs as identifiers for students. Pretty good showing all around!

If you’re interested in a primer of why I feel so strongly about SSNs, check out Farai Chideya’s on FiveThirtyEight from two years ago.

My parents love me a lot, and they always want to see me, and they frequently recommend that I spend a couple of weeks working remotely from their house in Rochester, NY.

I did that for a few days in September. One of those days, I was talking to my mom, who mentioned that the Town Supervisor of Brighton, Sandra Frankel, had been advocating a lot for more parks. Brighton is the suburb of Rochester whose middle school and high school I attended.

So I did some Googling, and I convinced my dad to drive me to “Postcard Falls.” It is 2.5 miles from my parents’ house. Here’s what we saw: 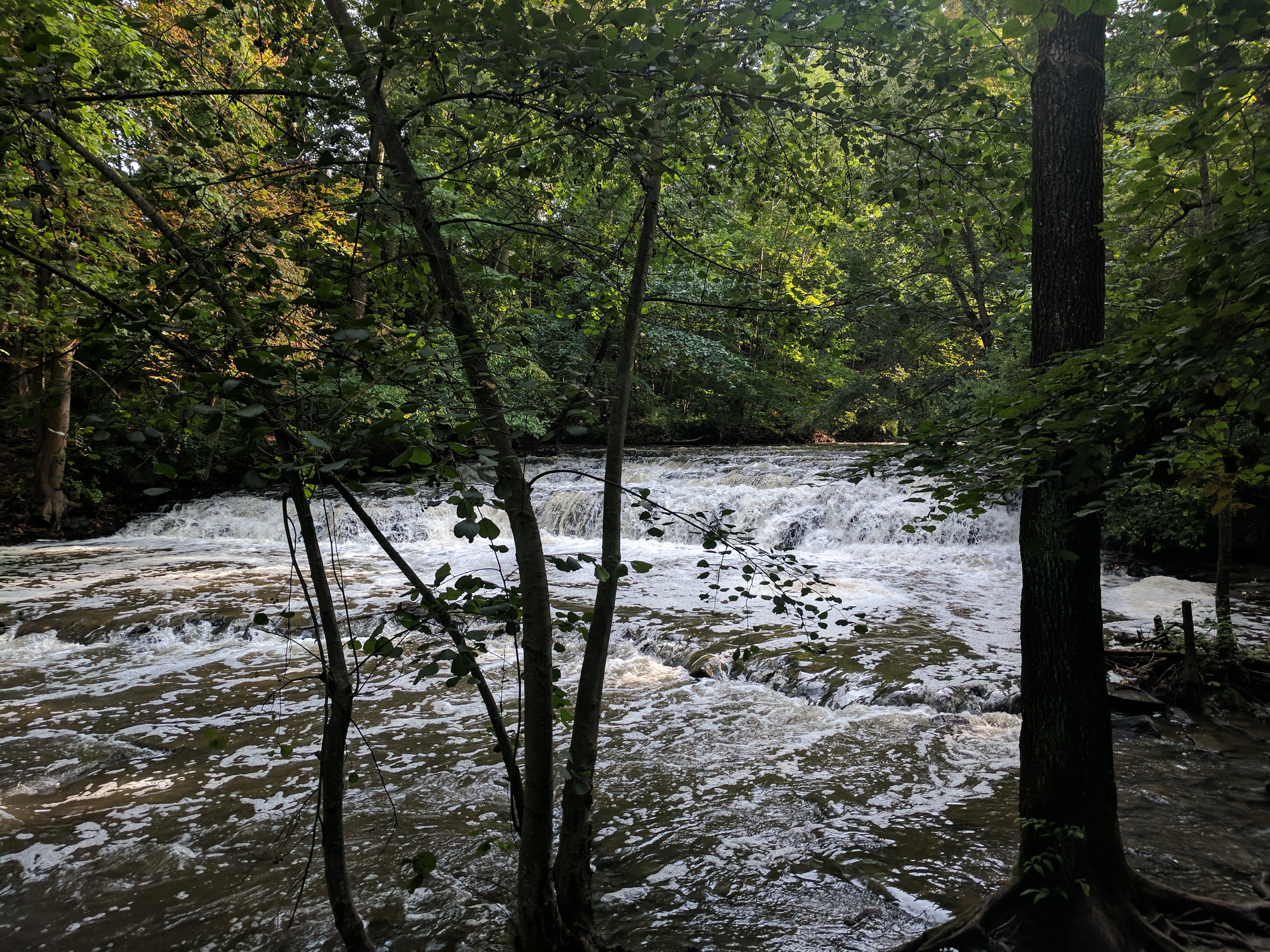 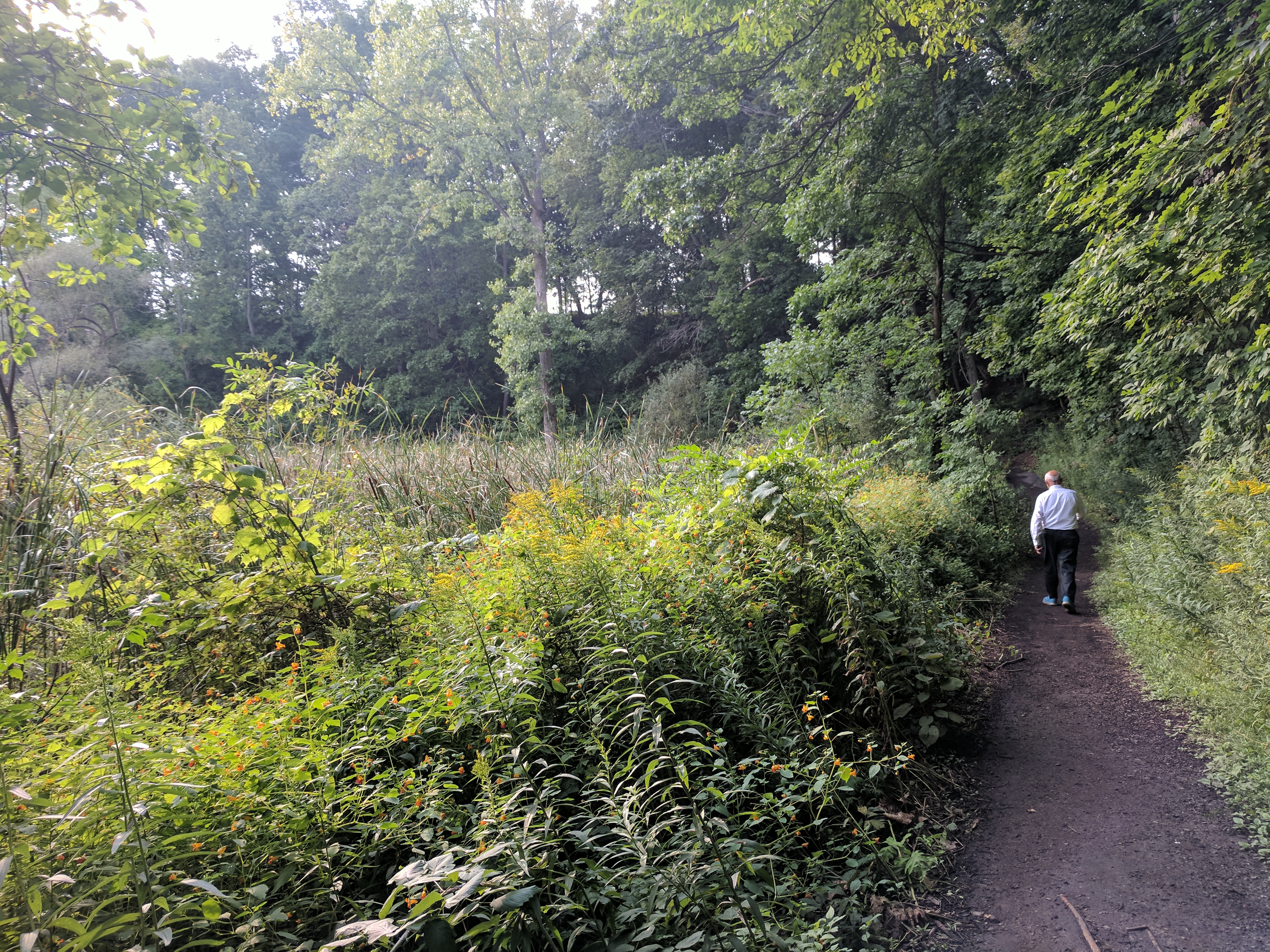 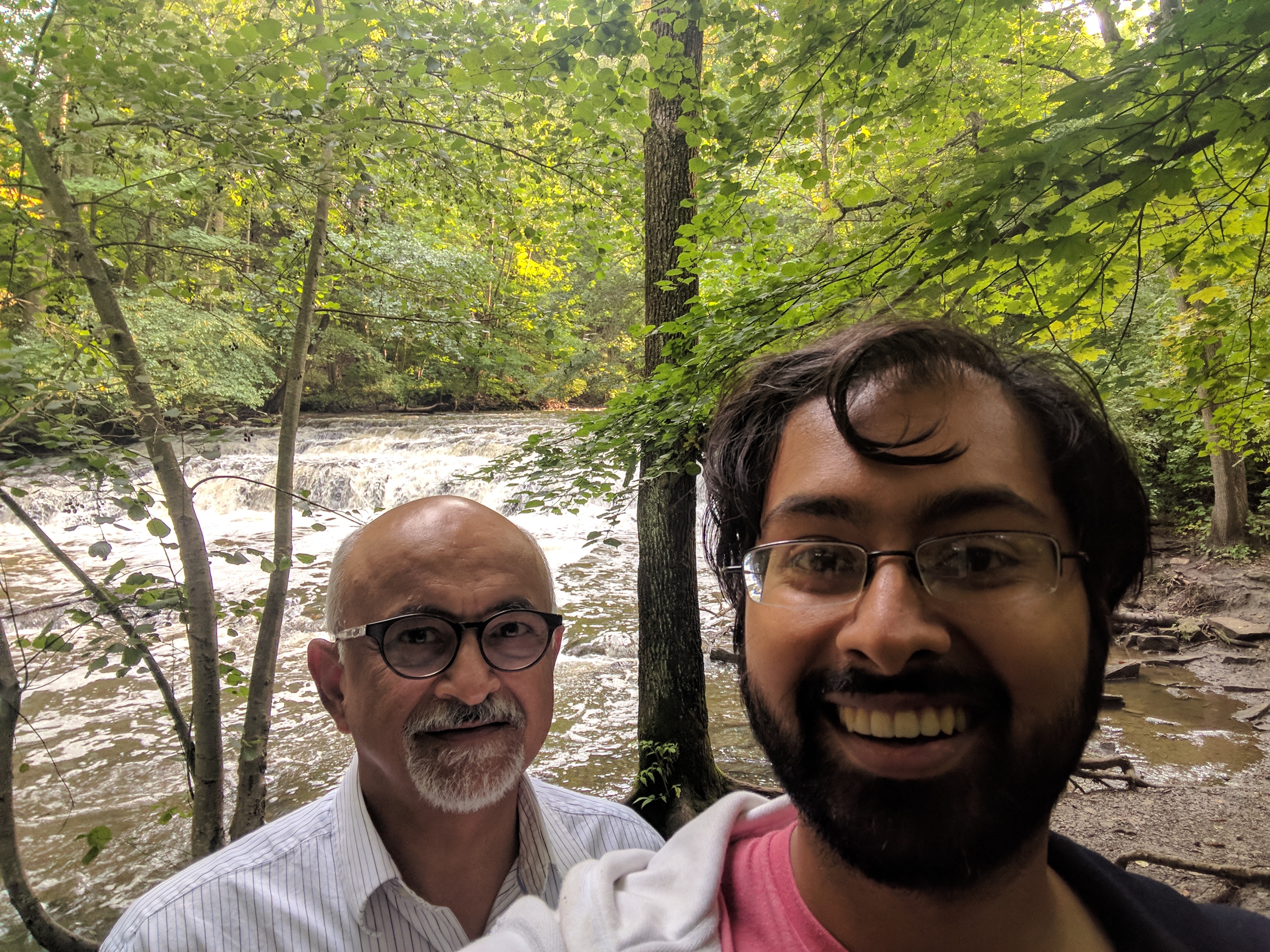 My dad exclaimed, “I had no idea there was a jungle right here! I’ve always turned the other way!” When he drives to work every day, he drives right past Corbett’s Glen park, and turns right into the highway rather than left to see the park. He’d never known about it. Nor had I. Kind of amazing, given how much I love staring at trees and watching flowing water.

Speaking of turns, on our hike, we took a wrong turn. We walked all the way through the park to a parking lot we hadn’t seen before, and we panicked a little bit, and my dad tried to call my mom to have her pick us up, but she didn’t pick up the phone. A nice family sensed our distress, and a helpful young lady told us the way back through the forest to our car. We got home unharmed.

I do what I want!

The Roguelike Celebration that I help organize is coming up soon, 11/11-11/12. I’ve been walking to and from work nearly every day the past six weeks or so, a little more than five miles round-trip. I gave business advice to two free software friends in the past month. I’m taking private music lessons with the artistic director of my choir, Mark Growden, and loving every minute, although I’m still not practicing. I’ve been watching Rick & Morty and found it shockingly compelling. I finished reading What If? By Randall P. Munroe of XKCD fame, and I can now tell you that the book is insightful and hilarious. My app for my choir isn’t done yet.

You can leave comments using Facebook, or by emailing me at asheesh@asheesh.org, or contacting me on SMS/Signal/Hangouts/Messenger. You can subscribe to these updates using TinyLetter.